An excerpt from the Weed  Spotters Network June Newsletter.

Good to know that weed spotters and the Noosa Council are taking prompt action when it comes to serious, Restricted (Biosecurity Act 2014) weeds.

Have you seen Madras thorn?

Be on the lookout for Madras thorn and report it to Biosecurity Queensland. Early detection and reporting are the key elements in controlling Madras thorn. 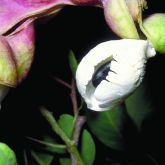 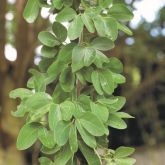 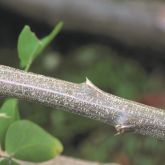 Native to a large region of America (from southern California to Columbia and Venezuela), madras thorn is a fast-growing tree that is generally planted as an ornamental. Uncontrolled populations of madras thorn can form dense thickets and out-compete native vegetation and pasture.

Madras thorn is rare in Queensland, possibly restricted to gardens. An opportunity exists to prevent it becoming a serious problem here. To achieve this, madras thorn must not be sold or grown as a garden ornamental anywhere in the state.

Madras thorn a restricted invasive plant under the Biosecurity Act 2014.

How it is spread